The likeness is striking but the greatest achievement in the newly unveiled Arnold Palmer sculpture at Sanctuary Cove Golf and Country Club is the magical glint in the eye.

Shunning the fanfare that would normally be associated with a permanent tribute to one of golf’s most iconic figures, Sanctuary Cove Golf Club President Mick McDonald and sculptor Liam Hardy quietly completed the installation early on Tuesday morning and left for members to marvel.

Renowned for his work on sculptures of Queensland sporting legends such as Wally Lewis, Allan Langer, John Eales and Laura Geitz, Liam Hardy of Sculpt Studios studied hundreds of photos of Palmer to ascertain exactly what made him ‘The King’.

Pleated pants bought from a Gold Coast Op Shop were worn to get the fabric creases just right, the wave of hair curled over for perfect perpetuity and just enough wrinkles in the face to mark a time when he was golf’s first superstar.

But it is in the eyes where the Palmer resemblance comes to life.

Squinting ever so slightly into the rising run and standing centrally between the first and 10th tees of The Pines Golf Course that he himself designed, even a bronzed reproduction has a way of drawing you in just as he did to all who met him up until his passing in September 2016. 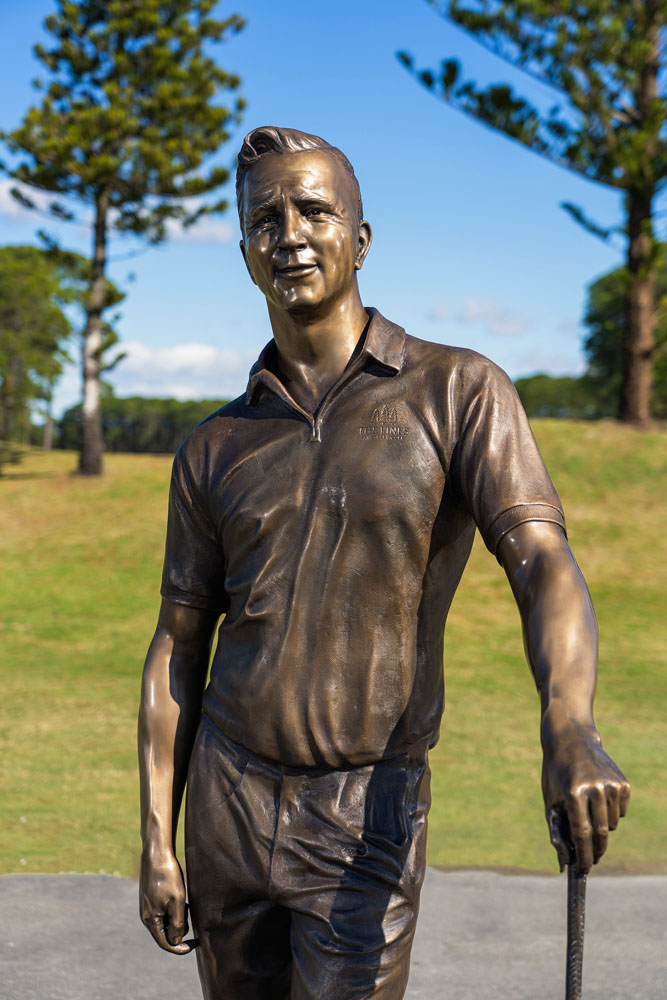 “There was a cheeky twinkle in his eye,” explains Hardy, who estimates that it took the equivalent of 12 weeks full-time work over six months to complete the sculpture.

“Looking at hundreds of different photos you kind of feel like you get to know him. It would have been a pretty special thing to have met him because he looked like such a character.

“He had such a wonderful career and was so successful but I realised how important it was for him to be remembered and immortalised because he was the first celebrity golfer.

“Someone told me that he was one of the main reasons that they started putting golf on TV, so people could watch this really charismatic player.”

Donated to the club by Mick McDonald and his wife Robbie, the Palmer sculpture further embeds the treasured association between the seven-time major champion and Sanctuary Cove. 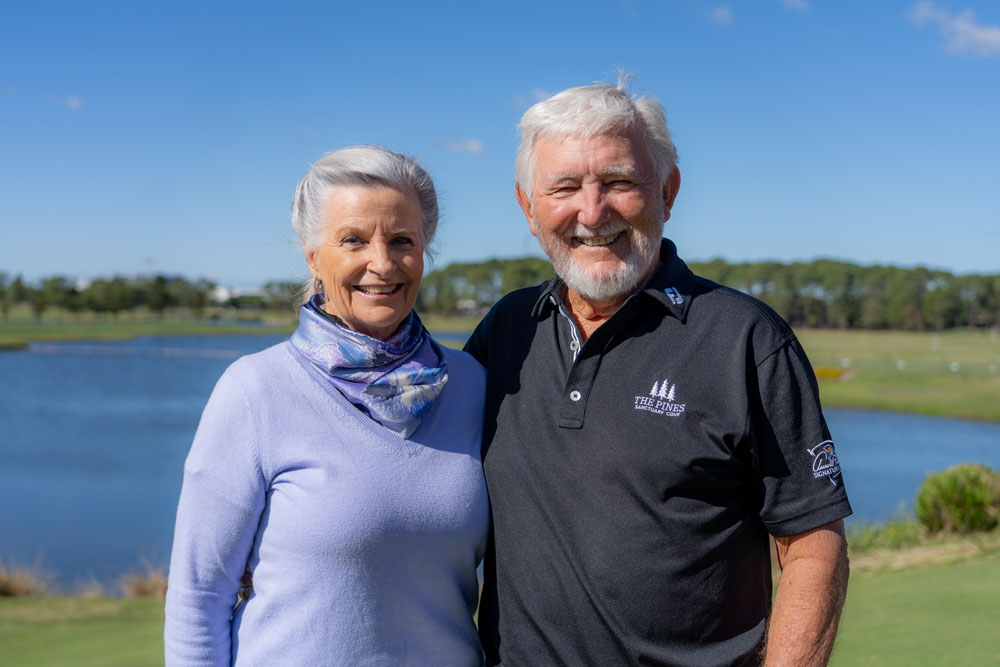 The club’s inaugural president when Sanctuary Cove opened in 1988 with a gala event featuring Frank Sinatra and Whitney Houston, Palmer’s influence abounds at the 36-hole facility.

Arnie’s Café adjacent to The Palms Golf Course and his synonymous umbrella insignia enforce a connection between club and legend that Executive General Manager Paul Sanders says is only fitting for the only Arnold Palmer-designed golf course in Australia.

“To this day, our goal is to carry out and stay aligned only with the Palmer brand,” says Sanders, who is preparing to open The Palms Golf Course to the public again on Thursday, July 2.

“When I first started here there wasn’t enough of it. There was no Palmer branding on any of our merchandise or on our club website; we really weren’t geared to how prestigious that brand is.

“It’s certainly been one of my goals, to realign ourselves back to the history of the game.

“We consider ourselves very lucky that arguably one of the greatest players to ever play the game came to Queensland, came to the Gold Coast, came to Sanctuary Cove and oversaw the design of one of the most beautiful golf courses in Australia.

Although the motivation was to provide something for the enjoyment of members, Sanders expects it to become a popular ‘selfie spot’ for public guests playing The Palms, such as is the case at Bay Hill Club and Lodge, Palmer’s home for many years.

“I’ve been to Bay Hill a few times and you have to line up for a long time to take a selfie at the statue of Mr Palmer there,” Sanders says.

“I would expect that the public playing The Palms, as they make their way to the ninth tee will certainly want to come past and pay their respects by taking a selfie with Mr Palmer.

“Then they can make use of it as they see fit with their social media platforms.”

As he stopped to admire the completion of his latest work on Tuesday, Hardy said that there is one final vote of confidence that he hopes to receive in the coming days or weeks.

This 2-hour interactive online workshop is being conducted... 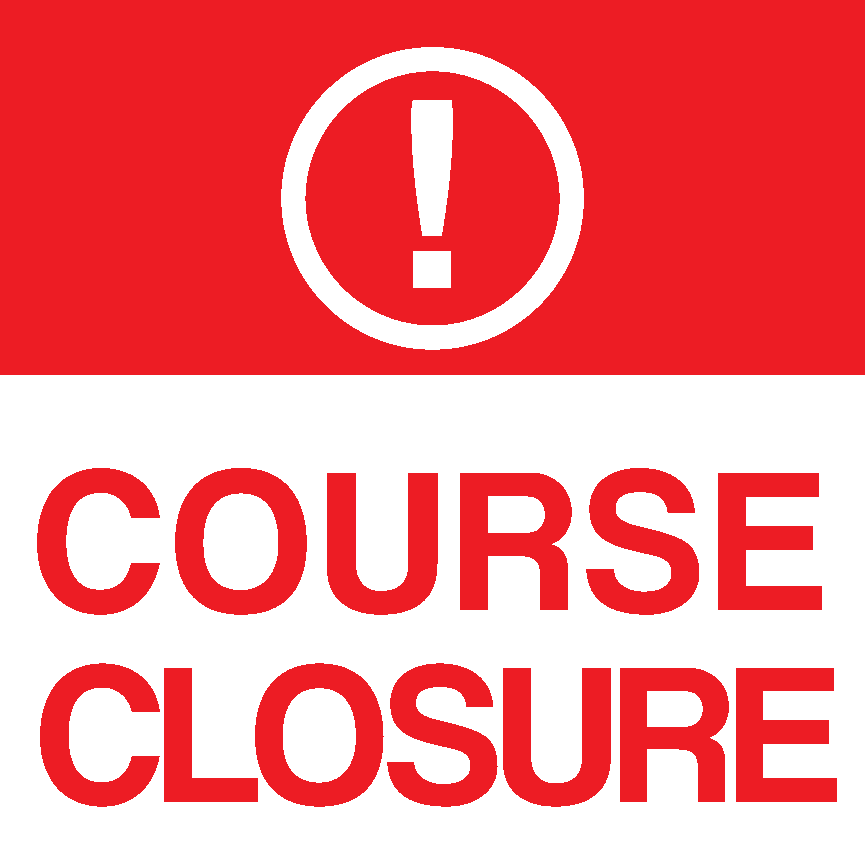 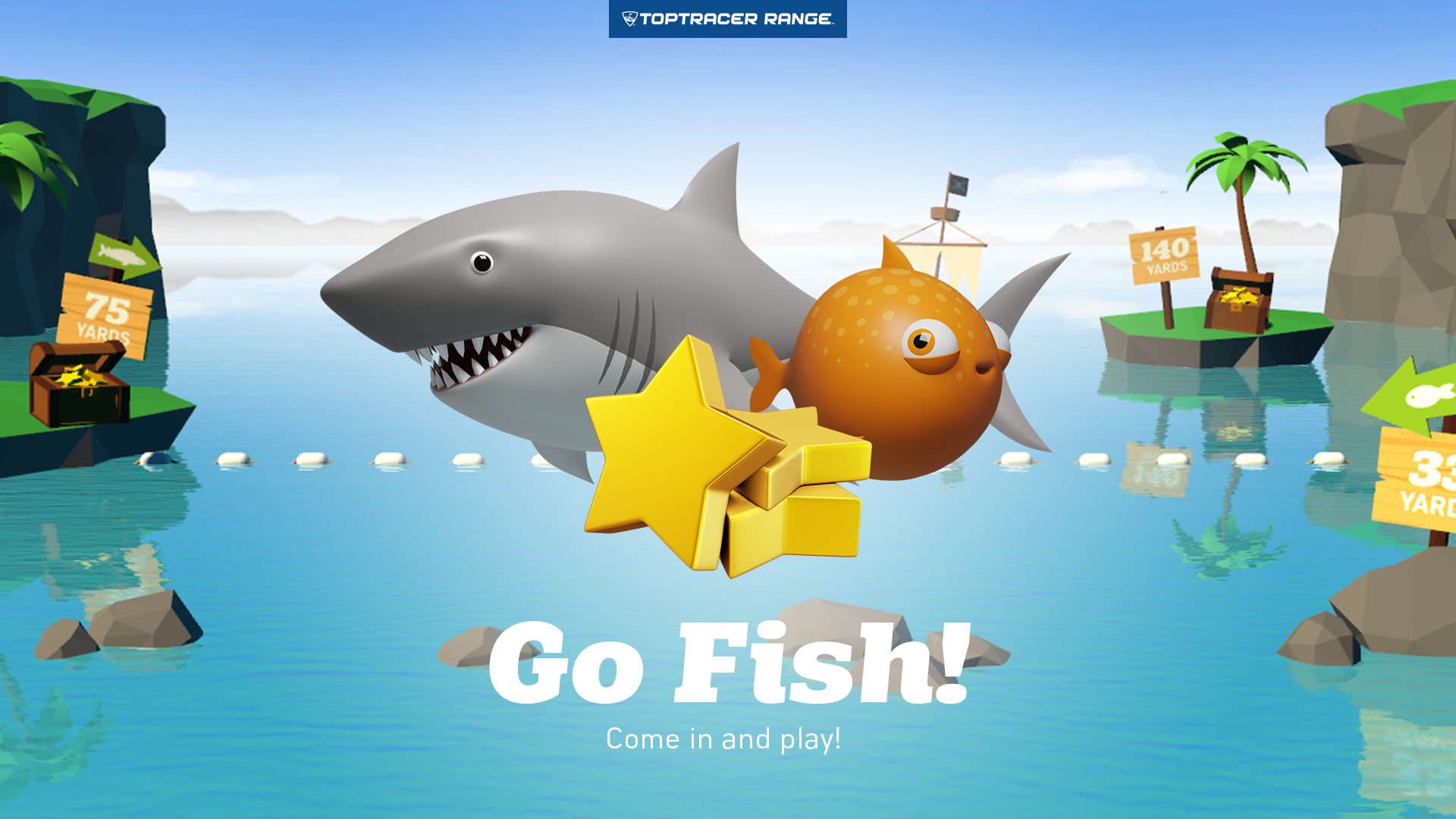 A new state-of-the-art PGA accredited golf academy has opened its doors at the Chee Chan Golf Resort, Thailand to... 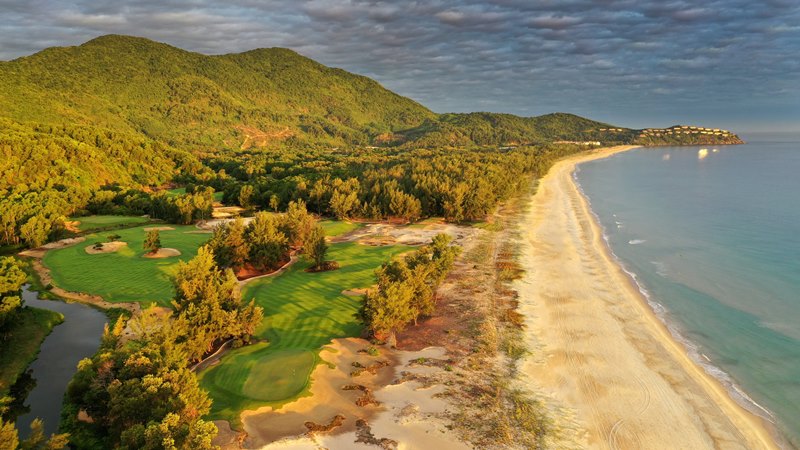 The likeness is striking but the greatest achievement in the newly unveiled Arnold Palmer sculpture at Sanctuary Cove Golf... 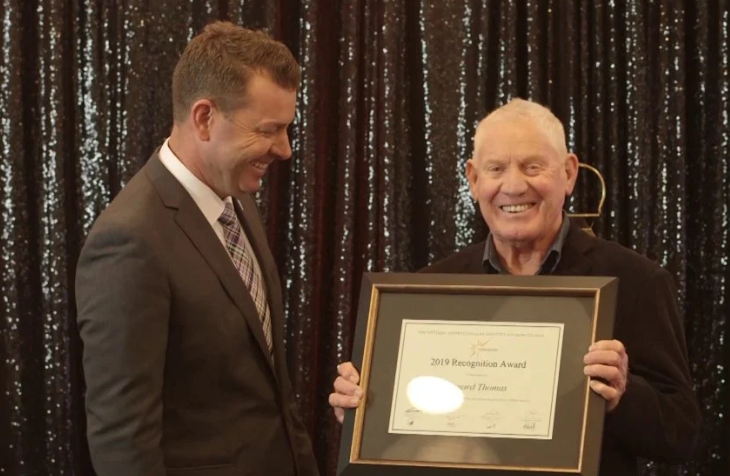 From lounge rooms across Australia, the golf industry has come together to celebrate the achievements of the Western Australia...